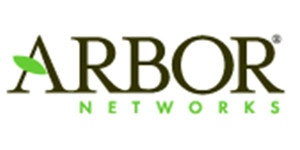 WHAT IS A DDOS ATTACK?

A DDoS (Distributed Denial of Service) attack is an attempt by an attacker to exhaust the resources available to a network, application or service so that genuine users cannot gain access.

Beginning in 2010, and driven in no small part by the rise of Hacktivism, we’ve seen a renaissance in DDoS attacks that has led to innovation in the areas of tools, targets and techniques.

Today, DDoS has evolved into a series of attacks that include very high volume, along more subtle and difficult to detect attacks that target applications as well as existing security infrastructure such as firewalls and IPS.

WHAT ARE THE DIFFERENT TYPES OF DDOS ATTACKS?

DDoS attacks vary significantly, and there are thousands of different ways an attack can be carried out (attack vectors), but an attack vector will generally fall into one of three broad categories:

TCP State-Exhaustion Attacks: These attacks attempt to consume the connection state tables which are present in many infrastructure components such as load-balancers, firewalls and the application servers themselves. Even high capacity devices capable of maintaining state on millions of connections can be taken down by these attacks.

Application Layer Attacks: These target some aspect of an application or service at Layer-7. These are the most deadly kind of attacks as they can be very effective with as few as one attacking machine generating a low traffic rate (this makes these attacks very difficult to pro-actively detect and mitigate). These attacks have come to prevalence over the past three or four years and simple application layer flood attacks (HTTP GET flood etc.) have been one of the most common DDoS attacks seen in the wild.

Today’s sophisticated attackers are blending volumetric, state exhaustion and application-layer attacks against infrastructure devices all in a single, sustained attack. These attacks are popular because they difficult to defend against and often highly effective.

The problem doesn’t end there. According to Frost & Sullivan, DDoS attacks are innovation “increasingly being utilized as a diversionary tactic for targeted persistent attacks.” Attackers are launching DDoS attacks to distract the network and security teams while simultaneously trying to inject malware into the network with the goal of stealing IP and/or critical customer or financial information.

WHY ARE DDOS ATTACKS SO DANGEROUS?

DDoS represents a significant threat to business continuity. As organizations have grown more dependent on the Internet and web-based applications and services, availability has become as essential as electricity.

DDoS is not only a threat to retailers, financial services and gaming companies with an obvious need for availability. DDoS attacks also target the mission critical business applications that your organization relies on to manage daily operations, such as email, salesforce automation, CRM and many others. Additionally, other industries, such as manufacturing, pharma and healthcare, have internal web properties that the supply chain and other business partners rely on for daily business operations. All of these are targets for today’s sophisticated attackers

WHAT ARE THE CONSEQUENCES OF A SUCCESSFUL DDOS ATTACK?

When a public facing website or application is unavailable, that can lead to angry customers, lost revenue and brand damage. When business critical applications become unavailable, operations and productivity grind to a halt. Internal websites that partners rely on means supply chain and production disruption.

A successful DDoS attack also means that your organization has invited more attacks. You can expect attacks to continue until more robust defenses are deployed.

WHAT ARE YOUR DDOS PROTECTION OPTIONS?

Given the high profile nature of DDoS attacks, and their potentially devastating consequences, many security vendors have suddenly started offering DDoS protection solutions. With so much riding on your decision, it is critical to understand the strengths, and weaknesses, of your options.

IPS devices, firewalls and other security products are essential elements of a layered-defense strategy, but they are designed to solve security problems that are fundamentally different from dedicated DDoS detection and mitigation products. IPS devices, for example, block break-in attempts that cause data theft. Meanwhile, a firewall acts as policy enforcer to prevent unauthorized access to data. While such security products effectively address “network integrity and confidentiality,” they fail to address a fundamental concern regarding DDoS attacks—”network availability.” What’s more, IPS devices and firewalls are stateful, inline solutions, which means they are vulnerable to DDoS attacks and often become the targets themselves.

The truth is a CDN can addresses the symptoms of a DDoS attack but simply absorbing these large volumes of data. It lets all the information in and through. All are welcome. There are three caveats here. The first is that there must be bandwidth available to absorb this high-volume traffic, and some of these volumetric-based attacks are exceeding 300 Gbps, and there is a price for all the capacity capability. Second, there are ways around the CDN. Not every webpage or asset will utilize the CDN. Third, a CDN cannot protect from an Application-based attack. So let the CDN do what it was intended to.

WHAT IS ARBOR’S APPROACH TO DDOS PROTECTION?

Arbor has been protecting the world’s largest and most demanding networks from DDoS attacks for more than a decade. Arbor strongly believes that the best way to protect your resources from modern DDoS attacks is through a multi-layer deployment of purpose-built DDoS mitigation solutions.

You need protection in the Cloud to stop today’s high volume attacks, which are exceeding 300GB/sec. You also need on-premise protection against stealthy application-layer attacks, and attacks against existing stateful infrastructure devices, such as firewall, IPS and ADCs.

Only with a tightly integrated, multi-layer defense can you adequately protect your organization from the full spectrum of DDoS attacks.

Arbor customers enjoy a considerable competitive advantage by giving them both a micro view of their own network, via our products, combined with a macro view of global Internet traffic, via our ATLAS threat intelligence infrastructure.  This is a powerful combination of network security intelligence that is unrivaled today. From this unique vantage point, Arbor’s security research team is ideally positioned to deliver intelligence about DDoS, malware and botnets that threaten Internet infrastructure and network availability.